I am upgrading from xwiki 11.6.1 to 11.7, my setup is an ubuntu server with tomcat9 behind an nginx to serve the content under https

After the apt-get upgrade I tried to follow the wizard to upgrade the wiki, but there's a message saying the server is not responding. 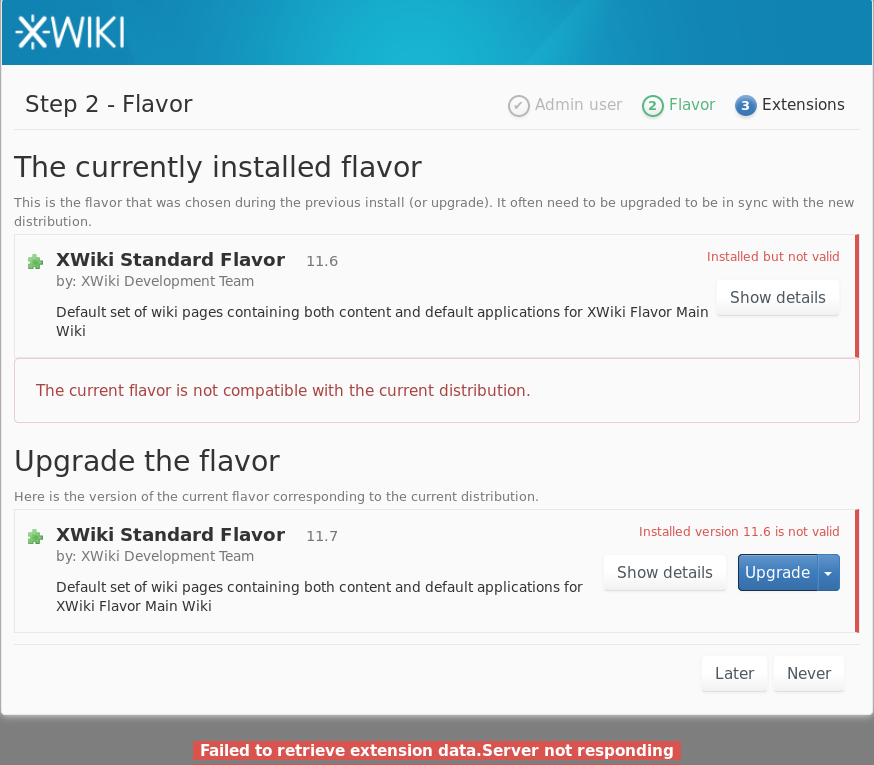 I have managed to pass that point (going to details and the later to skip the extension install), but at the end I have still the wiki in version 11.6.1 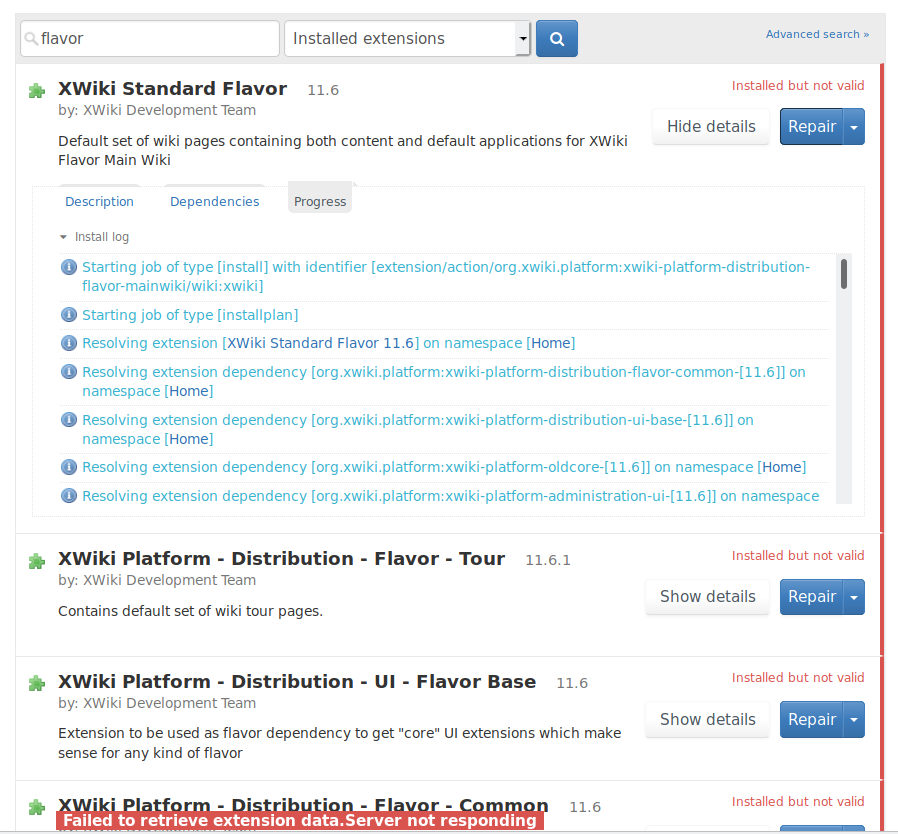 At the end, when inspecting the event in firefox (thanks Thomas for the tip), the cause for the issue is shown

There's a request to https://xwiki.example.com/xwiki/bin/get/XWiki/Extensions with these parameters:

that gives a 302 response, with a location that's under http (http://xwiki.example.com/xwiki/bin/get/XWiki/Extensions?extensionSection=progress&extensionId=org.xwiki.platform%3Axwiki-platform-distribution-flavor-mainwiki&extensionVersion=11.7&extensionNamespace=wiki%3Axwiki&xback=%2Fxwiki%2Fbin%2Fadmin%2FXWiki%2FXWikiPreferences%3Fsection%3DXWiki.Extensions%26search%3Dstandard%20flavor%26repo%3D&section=XWiki.Extensions)